One is backed by President Donald Trump, the other has Sen. Bernie Sanders’ support. Nate Chute, IndyStar

In fact, he promises to make every environmental decision based on research and recommendations from scientists, and add more such experts to state boards.

The Sierra Club and the Florida Conservation Voters are among the environmental groups endorsing Gillum, saying his record as Tallahassee mayor since 2014 and his proposed environmental policies are stronger than the former congressman’s.

“Around the world, Florida is known for our beaches, parks and remarkable natural areas. Sadly, we are also now known for letting entire ecosystems collapse due to lenient laws and little oversight,” Florida Conservation Voters Executive Director Aliki Moncrief said when announcing the group’s endorsement. “Mayor Gillum is the only candidate who has a plan to hold big polluters accountable and make sure we do everything in our power to protect our state from climate change and sea level rise.”

Bullsugar has not endorsed a candidate yet, but Gillum’s choice of running mates “thrilled” the grassroots clean-water activist group, member Alex Gillen said.

Gillen, a Stuart attorney, said King has “well-informed views on our issues,” primarily stopping Lake Okeechobee discharges that cause algae blooms and sending excess water south to the Everglades.

“We have been encouraged by our ongoing conversation with Mayor Gillum’s team about his platform, and we look forward to it being released,” Gillen said, while also applauding DeSantis. “We thought DeSantis’ environmental platform was good, and we really liked his call to consolidate water quality under one state agency.”

The Everglades Foundation, and most environmental advocacy groups in Florida, are nonprofits, so they cannot legally say if they prefer one candidate over another.

Gillum criticizes Gov. Rick Scott for not doing enough to protect Florida from climate change. He cites a 2015 Florida Center for Investigative Reporting article in which Department of Environmental Protection employees told reporters the Scott Administration banned them from even using the terms “climate change” and “global warming.” The Scott administration has repeatedly denied the report.

“Rick Scott deliberately made political appointments to many of our water management districts, where you don’t have scientists, you have folks who are friendly to the governor and the governor’s interests,” Gillum said in Cape Coral in August.

Aerial images show some waterways covered in toxic blue-green algae ahead of Labor Day weekend on Thursday, Aug. 30, 2018 in Martin County. Highly toxic blue-green algae water pouring into the St. Lucie River through the St. Lucie Lock and Dam was sampled Aug. 23 and reported to be nearly 50 times more toxic than the level considered dangerous by the Florida Department of Environmental Protection. LEAH VOSS/TCPALM
The appointees are a “disaster, not only for our fragile, unique ecosystems, but for the public health of Floridians who rely on their decisions,” Gillum said in a Bullsugar questionnaire.

Gillum wasn’t as vocal an opponent of the sugar industry as other Democrats in the primary, especially King, who on the first day of his campaign announced he wouldn’t accept their political donations.

Every other Democrat in the race soon followed suit, some making showy pledges at campaign events and in news releases. Gillum did it more quietly, as he isn’t the type to make “empty campaign pledges,” his campaign spokesman said.

But some environmentalists are wary of Gillum’s longtime friend and political adviser, Sean Pittman, a Tallahassee lawyer who lobbies for Florida Crystals.

Pittman Law Group does not lobby exclusively for the West Palm Beach-based sugar company, which paid him between $20,000 and $30,000 from January to March.

He’s best known for lobbying for local governments, and has several corporate and nonprofit clients, the largest being Walmart and the Florida Alliance for Consumers and Taxpayers. Each paid him between $40,000 and $50,000 from January to March.

Gillum has visited Glades communities multiple times during his campaign, meeting with farm workers and those who rely on the sugar industry to make a living.

As opponents called for big changes to how the sugar industry operates, Gillum said any decision made can’t demonize farm workers.

“We can’t have this conversation in the elite towers of liberalism,” Gillum said during a July debate in Palm Beach Gardens. “We have to have these conversations with everyday people whose lives are dependent on making sure that they can get a job and earn a wage and get access to health care and get retirement.” 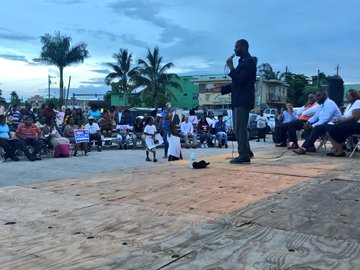 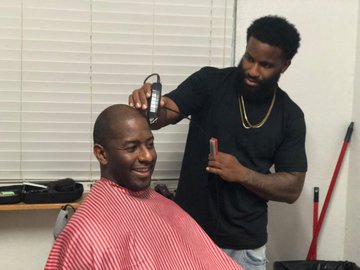 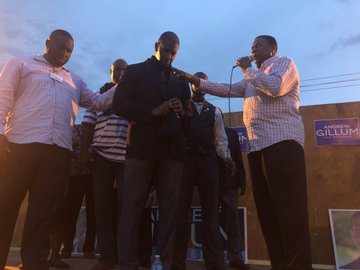 “His ‘New Deal’ for farmers is making sure they’re a larger and more vocal part of the conversation,” his campaign spokesman said. “The mayor … wants those folks to know they’ll have a champion in him as governor.”

Gillum said the state must better regulate old, leaky septic tanks, which do not cause algae blooms, but feed them once they hit the coastal estuaries.

In 2012, Scott repealed a state law mandating routine septic tank inspections to determine if they’re leaking untreated waste into water, including Lake O and the Indian River Lagoon. Lawmakers who proposed the repeal said inspections were an expensive burden for homeowners.

“Mayor Gillum believes that we need to put our scientists back in charge, which means actually listening to their research and looking at legislative ways to fix Gov. Scott’s 2012 repeal of septic tank regulations,” his campaign spokesman said.

Tallahassee, which has pushed septic-to-sewer conversions to reduce nitrate pollution in Wakulla Springs, has a mere 130 septic tanks remaining, according to the city.

Cornelius Kossen (left) of the Stuart Public Works Department and Holwinster Alexis install a grinder tank in 2015 at a home on Osceola Street in Stuart. The system, which could be used if neighborhoods in northern Sewall’s Point vote to switch from septic tanks to the Martin County sewer system, grinds sewage which is pumped through a 1.25-inch hose also buried in the yard into an established sewer line. (Photo: ERIC HASERT/TCPALM)

“All growth is not good growth,” Gillum said in Cape Coral.

That includes development north of Lake Okeechobee, he said.

Nutrient-rich stormwater runoff from communities north of the lake flows through the Kissimmee River watershed and into the lake, then is discharged east and west to the St. Lucie and Caloosahatchee rivers, respectively.

The water is rich in nitrogen and phosphorous that fuel algae blooms.

Tallahassee doesn’t face the same kind of environmental issues as other parts of the state. It’s land-locked with no large waterways and few environmentally sensitive lands.

Tallahassee this year partnered with a Miami company to connect a new solar farm to the city’s energy grid. Gillum also endorsed efforts by Solar United Neighbors of Florida and the Big Bend Sierra Club to develop a Solar Co-op, encouraging city and coounty property owners to install solar panels on their homes and businesses, Gelhardt said.

The City of Tallahassee’s city commission has also voted to move toward relying solely on renewable energy.

DeSantis has attacked one of Gillum’s votes while serving as a city commissioner.

In 2005, Gillum voted in favor of having Tallahassee join other cities and public utilities to build a coal-fired power plant in North Florida. The project never materialized.

Gillum would not support coal in the future, his campaign spokesman said, and pointed to his focus on renewable energy as part of his campaign.

“Our willingness to step up and prioritize clean energy here in Florida is an investment in our environment, our economy and our future,” Gillum said on Twitter last year.